7 Reasons Why You Should Check Out Tears of Themis 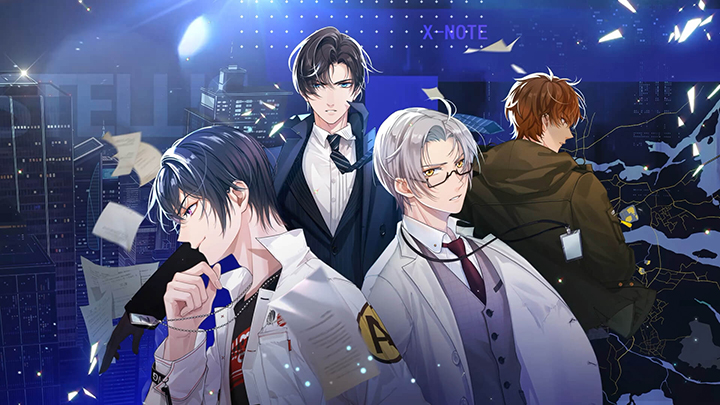 The mobile otome gaming world is about to get a serious shake-up this week that will delight many otome game fans. Why is that? My dear reader, let me enlighten you with what will grace our mobile devices this Thursday. miHoYo, the famed developer behind big hits such as Honkai Impact 3rd and Genshin Impact, will be releasing the international version of Tears of Themis, the studio’s first Romance game with a detective twist!

Stellis, a city that rose from the clash of civilizations.

Modern tech has given it its radiant neon lights but also cast long shadows of obscurity. Lately, there has been an abnormal increase in the number of mental illness cases as well as incidents that threaten Stellis’ social security.
Many gentle and good people of Stellis have somehow grown violent and volatile.

These incidents may have been recorded, but they are often drowned out in a flood of data.
Yet someone took notice of them and compiled them for detailed analysis…

Codenamed “X-NOTE”, the project aims to peel away layers of obscuring data and reveal the hidden truth beneath.

When all is put on the scales of the law before Lady Justice, you will be the one to weigh their crimes in the balance.

Given miHoYo’s track record, this game is bound to not only look amazing, but be incredibly addicting as well, right? I’m happy to report that it’s indeed the case! I was lucky enough to play in the game’s beta period to check out what it was all about. And my dear readers, it’s very much worth your time to play Tears of Themis. In fact, I’ll give you 7 reasons that will surely convince you to check the game out on its release day.

That’s right, I said it. I didn’t stutter. Tears of Themis is basically Ace Attorney… but make it otome. Interesting characters that make you want to find out more about them? Check. Addictive stories that keeps you playing? Check. Investigative scenes that reveals the truth to be used in action-packed trials? Check. Handsome guys that do things that makes your heart beat a bit faster and blush? CHECK, CHECK, CHECK!!

In the game, you will take the role of a junior attorney at the Themis Law Firm and work with their gorgeous companions as you solve cases that take place in Stellis City together. You will get to investigate crime scenes and question witnesses and suspects to obtain clues and testimonies for use in court. Prove the innocence of your client and triumph in the name of justice!

The Art Is GORGEOUS

And when I say “GORGEOUS,” I’m not kidding around! 😍 I mean, just look at how pretty Luke is as he tinkers away fixing stuff. Wow! Folks already know that miHoYo’s animation shines in their other titles, so you can expect to see more quality work through their Live 2D animation. And even if there was no Live 2D animation, the art alone already is captivating enough! I would easily buy an artbook of this bewitching art, and even merch featuring the guys as well!

Everyone say a big “THANK YOU” to the Genshin whales who opened up their wallets for their waifus and husbandos to help make this game so insanely pretty. They’re the real MVPs here!

The Main Cast ALL Look HOT

You know how in every game, as you play, there’s this ONE character that captures your heart and is your absolute favorite? Y’know, the very moment you pick your husbando or waifu. Well, I think this might be the only time where I’m seriously having trouble picking a favorite guy… because not only are they all incredibly good looking, but they are all such intriguing characters that have all captivated me in their own unique way. I don’t think there’s been another game that’s done this to me. So if you’re going to ask me who my fave is, don’t expect an answer. Or maybe expect me to say “all of the above!” And that’s including the very pretty MC.

Speaking of the MC…

The MC Takes No Shit

She is beauty, she is grace, she will lawyer off your face!

Tears of Themis‘ MC is captivating in a lot of different ways. Her desire to protect the city of Stellis and its citizens with her skills is admirable. Sure, she’s only a junior attorney working her way up, but she’s definitely not to be underestimated. She’ll leave no stone unturned when looking for info to aid her client to victory. She’s not one to be trifled with! The way she puts the main guys in their place when they happen to overstep their boundaries is POWERFUL. She’s also a kind, empathetic and friendly person to those around her. And on top of that, she’s very beautiful! I’d date her for sure! 💕

The Voice Acting Is Top-Notch

On top of Tears of Themis being an entertaining eye candy of a game, it features an all-star voice actor cast for the main guys. ✨

I know most folks will focus on the Japanese cast more, but don’t go ignoring the other voice options, because they’re quite amazing! When I played the Tears of Themis beta, I chose to play with the voices being in Chinese, and those voices suited the characters so well; I was smitten! I ended up keeping it on the Chinese voices for the remainder of the beta.

There’s Plenty of Activities to Do

Sure, you could just go through the main story of the game, but that’s not the only story to experience. There’s other stuff you can do in the game to help keep things fresh.

You can practice your debating skills before defending your client in court to earn some leveling rewards for your cards, plus it also serves to test out whatever new teams you put together to see if they’re effective. Additionally, there’s another mode called Trials of Themis, which is a cute looking pixelated style mode to serve as a simulation for the bar exam, so you can expect more debate battles as you earn resources and power-ups to face the big bad boss at the end of it.

As you level up certain cards, you’ll unlock stories related to those cards to read. You could witness Marius being a model in a photoshoot, or go on a date with Artem in a haunted house, or have Vyn teach you the basics of pottery, or try your hand at paintball with Luke! Reading those stories will increase the affection level for the chosen character, which in turn will unlock even more personal stories to check out. 👀

And speaking of raising affection levels…

You Can TOUCH the Guys

Yes, you read that right: YOU CAN TOUCH THE GUYS. And guess what? Touching them, raises their affection level. Simply amazing, right? Ah, but don’t get too excited; it seems you’re only limited to 1000 affection points daily for all the guys. So you’re going to have to keep visiting them and… wait, maybe that’s a reason to be excited! Along with that, you can also play minigames with the guys, like rock-paper-scissors and Old Maid. Their reactions while playing these minigames are so dang CUTE, so make sure to get a game or so in while visiting!

Have I convinced you to try out Tears of Themis yet? I sure hope so! I haven’t been this excited for an otome mobile game since Mystic Messenger. And that game kept me hooked for a very long time, which is something I’m sure Tears of Themis will also accomplish.

Tears of Themis will have its global release this Thursday, July 29th. So what are you waiting for? Get ready for its release and pre-register today to claim some in-game goodies when it’s live! And if you want to keep updated with the latest Tears of Themis news, make sure to follow their Twitter, Facebook, Instagram and YouTube pages. Don’t forget to join their Discord server too!

Will you be playing Tears of Themis this Thursday? Which character is most interesting to you? Do you have a new husbando in the horizon? Let me know in the comments!

Here’s a little Artem to keep you motivated today! 😊 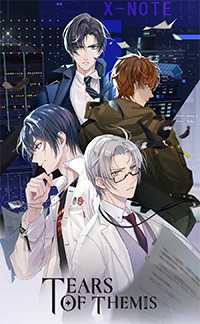 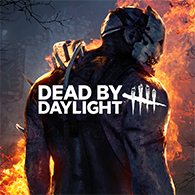