Hello, and welcome to the first unboxing post of 2016! I plan to make these more frequent this year, so you can see all the cool stuff I get in the mail along getting the chance to give these items the attention they deserve. This time around, this package contained a game I’ve been REAL excited for. Let’s take a closer look at what’s inside, shall we?

Inside, there’s the Animate limited edition set of Gakuen K -Wonderful School Days- V. Edition that contains the LE set of the game along with a bunch of goodies exclusive to the Animate shop. Here’s a little bit on the game’s setting: Konohana Saya was just an ordinary high school student, until she suddenly has certain abilities awake within her that she couldn’t control, which causes an incident. Now alienated by everyone around her out of fear of her powers, she decides to quit school for everyone’s safety. However, Saya received an invitational letter from Miwa Ichigen, the principal of the “Super” Ashinaka Academy, to which she accepts and transfers into. While she toured the school, she got stuck in the middle one of many scuffles between two clubs: the Red “HOMRA” club, and the Blue “SCEPTER 4” club. Before things got too complicated, she got rescued by Isana Yashiro, Yatogami Kuroh and Neko, whom belong to the Silver Club. As clubs in the school become interested in Saya and her abilities, will she be able to take control of her newfound powers while she tries and forge new bonds?

Yes, I know, why wasn’t this a BL game instead of an otome game, especially since the anime series seems to tease of such relationships? But…I get to date Fushimi and Totsuka…so I am okay with this! 👍 There was a previous version of this game on the PSP, so this Vita version release is an update with several extras added in.

Let’s open up the LE set of the game to have a good look at it. 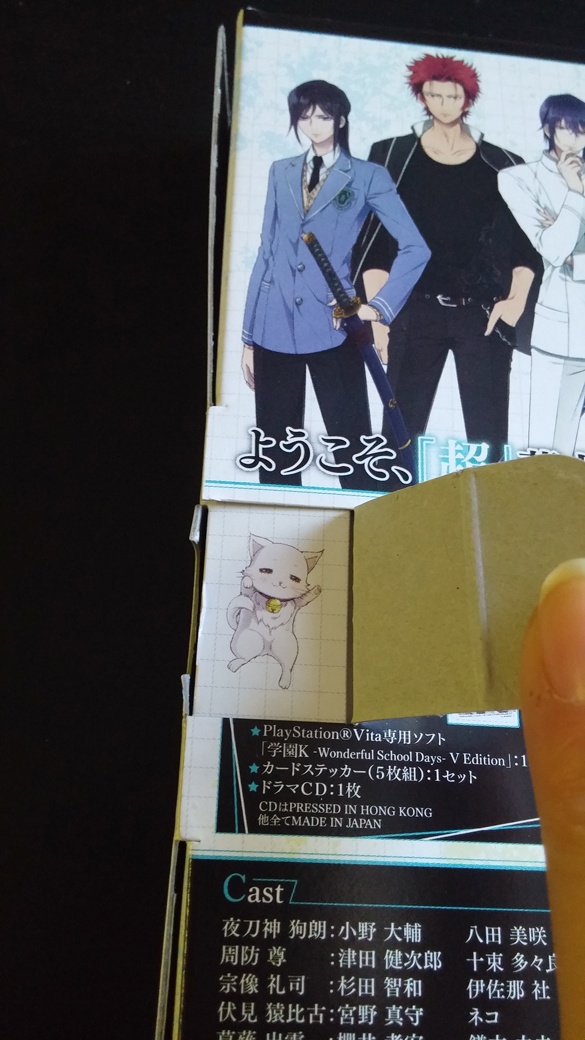 When you lift up the tab on the side of the box, an adorable little Neko greets you! 😻

If you take a closer look at the side of the box, you see the series’ cast in their cute little chibi forms! 💕

Inside…is the game waiting to be played! 🎮 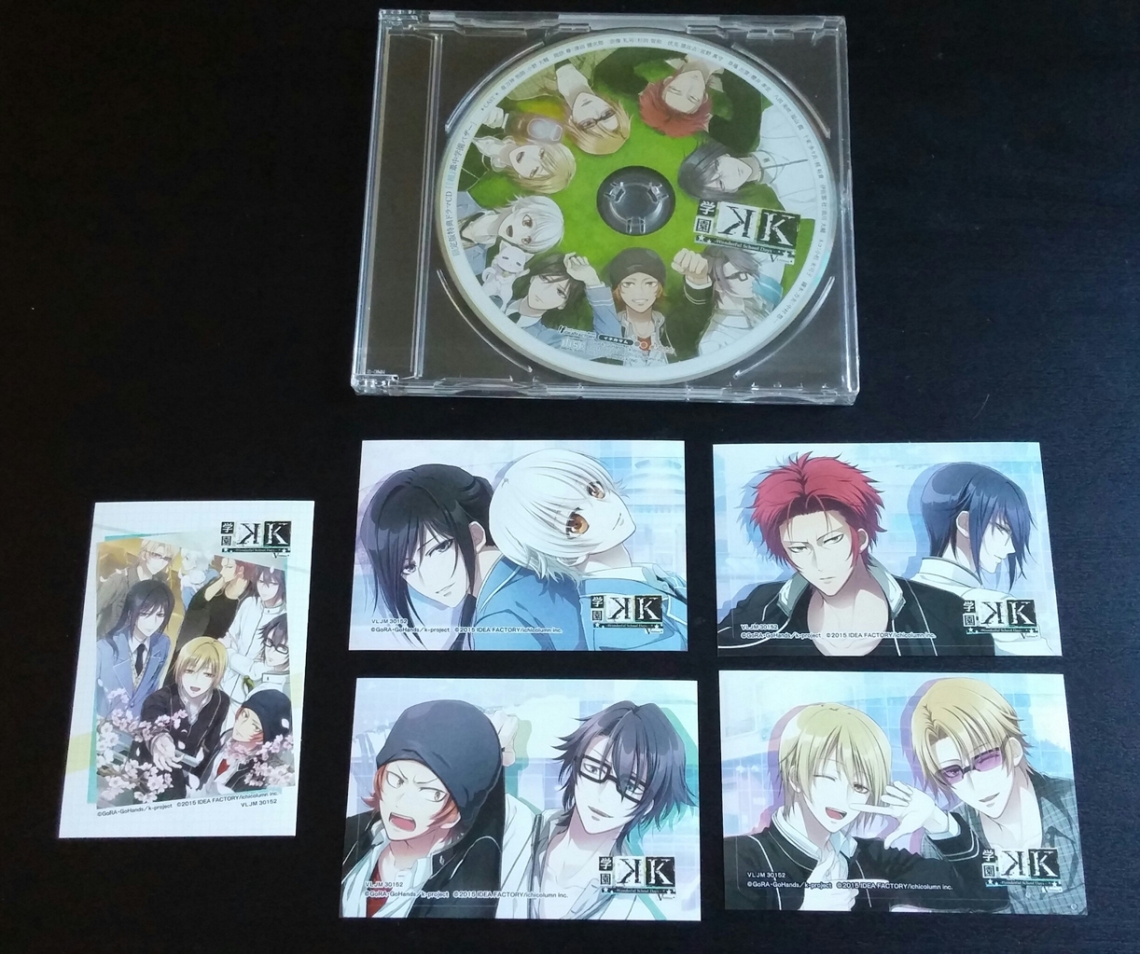 Of course, there are other goods inside: a drama CD and a set of stickers featuring the guys. ✨

Now, let’s open up the box with the exclusive goods from the Animate shop!

Oh my! This is definitely packed with a lot of goodies!

It comes with two additional drama CDs for your listening pleasure. 🎶

It also comes with an exclusive sticker (featuring the best guy 💖), and Fushimi’s Scepter 4 pass case. 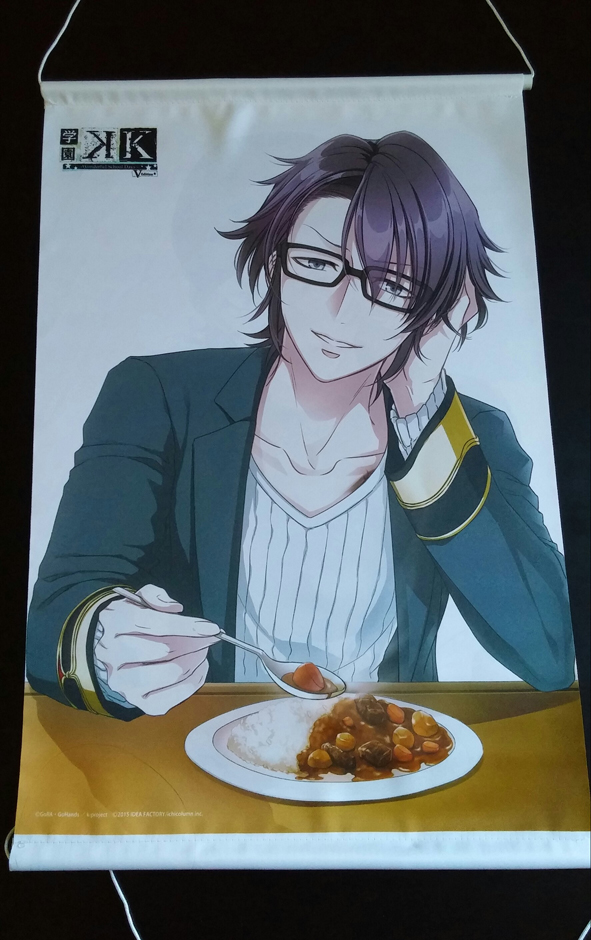 Here’s one of my favorite items in this set: a double-sided wallscroll featuring Fushimi eating curry…or is he feeding YOU the curry?! 😍

On the other side of the wallscroll is Yata…nervously trying to feed you fried rice. What a cute goofball! 💕

There’s also a clearfile with the illustrations of Fushimi and Yata on the front and back.

Another set of items I really like: an artbook with the sketches of the game’s CGs and a microfiber cloth with some humorous Engrish! 😂

Here’s a little preview of the CG sketches inside the artbook:

And finally, with the same humorous Engrish, here’s a zippered bag to carry most of this sets’ components. 👝 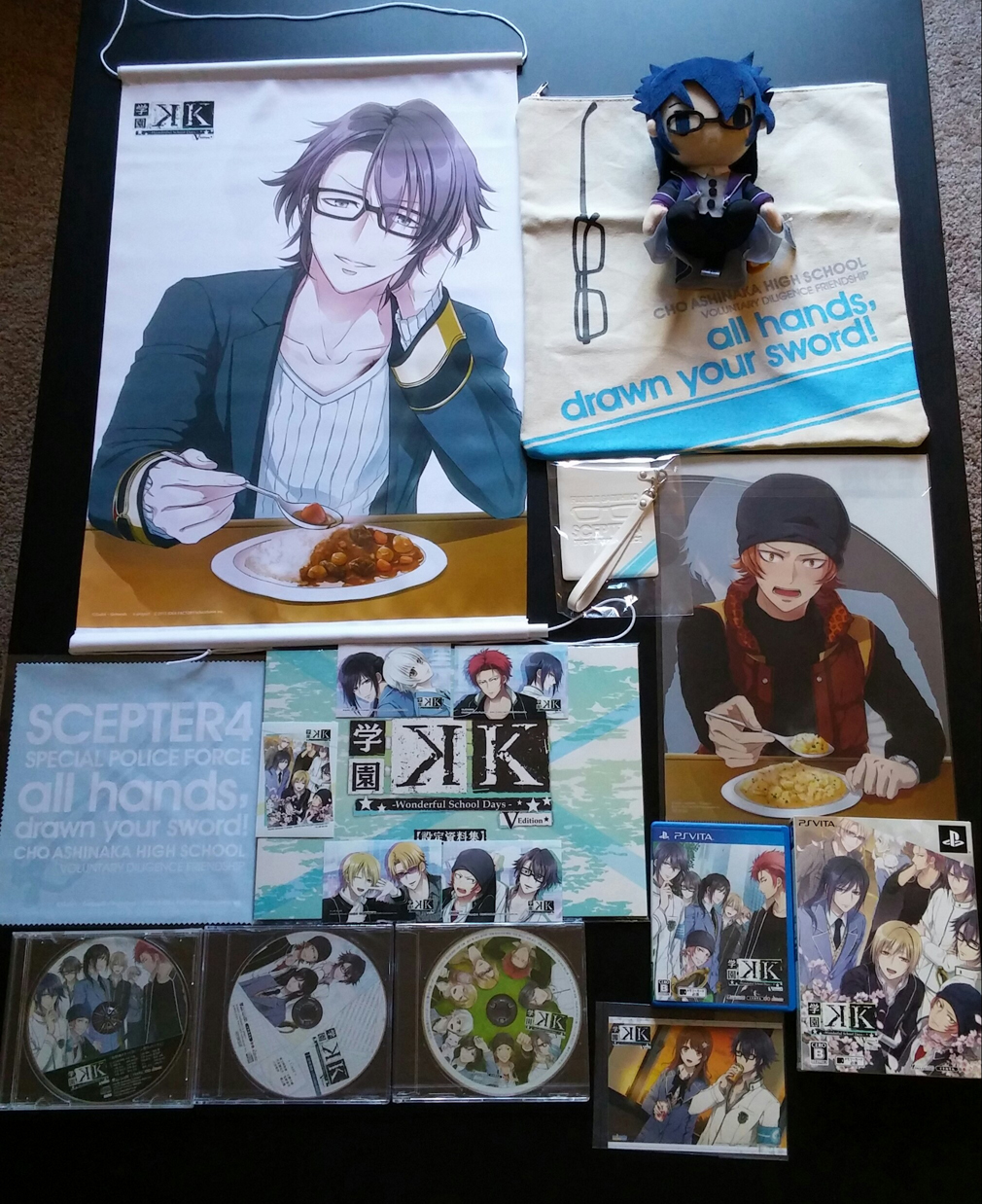 As you can see, the Animate limited edition set of the Gakuen K game is packed with tons of goods! If you’re a fan of the K series, this set is a MUST. After finishing my playthrough of Nameless, I will most likely pop this game in for a bit. Though, trying to decide which otome game to play to its entirety is a whole other choice I have to make…I have a ton of unplayed otome games to get through! 💦 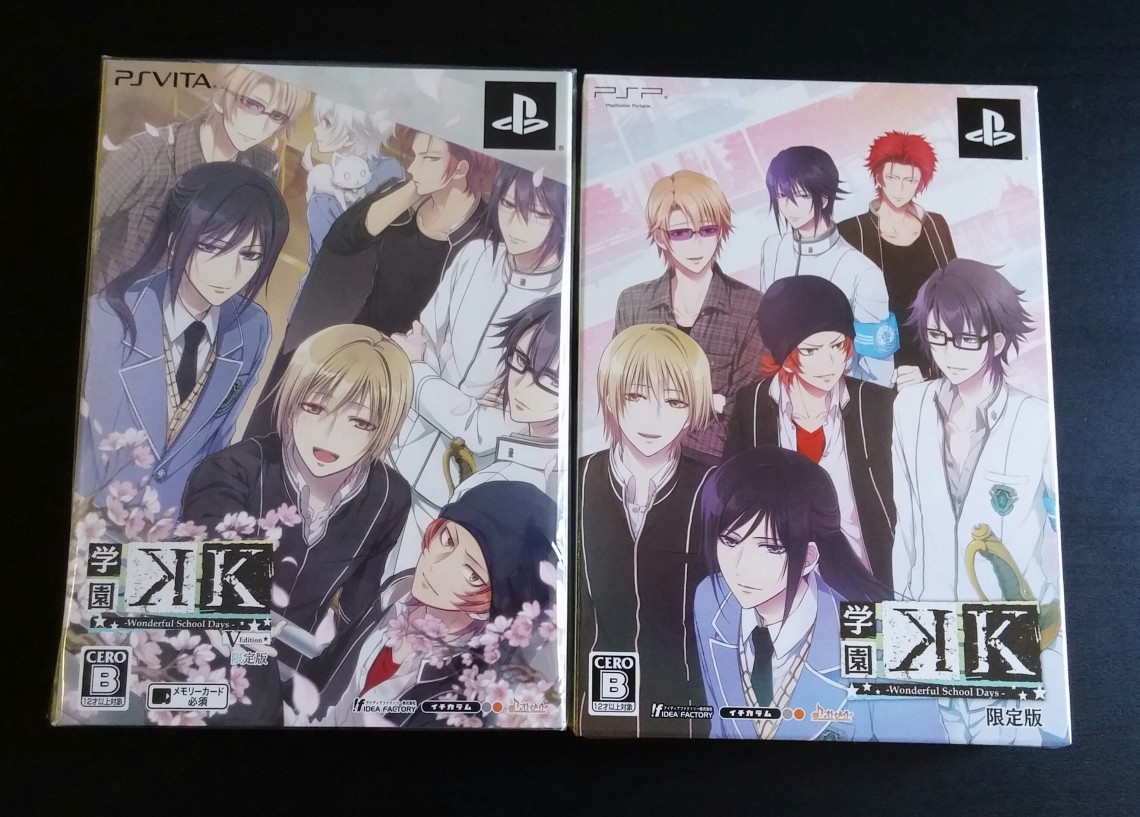 Here’s a cover comparison between the PSP and Vita versions of Gakuen K games!